Artists and filmmakers for February's screening. 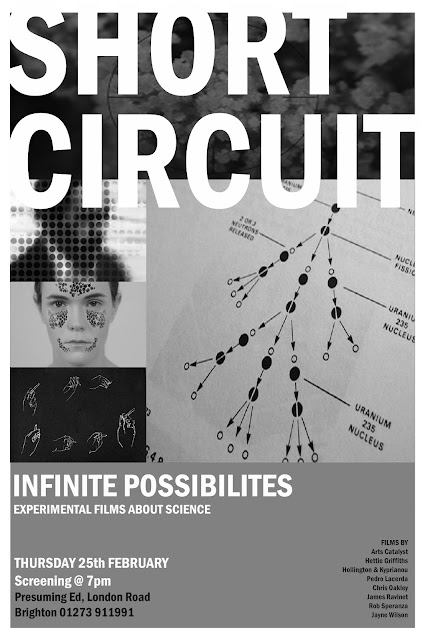 HETTIE GRIFFITHS
Visualising how a virus travels, spreads and invades the body.

HOLLINGTON & KYPRIANO
‘Dedicated to the memory of ‘The Royal Aircraft Establishment’-which was one of the important and top- secret aeronautical research centres in the world.

EMILY HOWELLS & ANNE WILKINS.  PRODUCED BY ROB SPERANZA
An animated poem about the dangers of smoking. 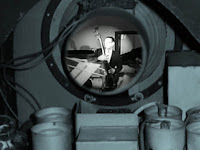 JAYNE WILSON
The journey of a wireless radio broadcast.

HETTIE GRIFFITHS
The extraordinary imagery created in the name of science leads to a series of "marcoscopic experiments.

Exploring the heritage of nuclear energy from the roots of the technology that drove the industrial revolution.

JAMES RAVINET
Acknowledging the process of shipwrecking as a method to deal with the complexities of the changing landscape. By artist groups YoHa/Critical Art Ensemble