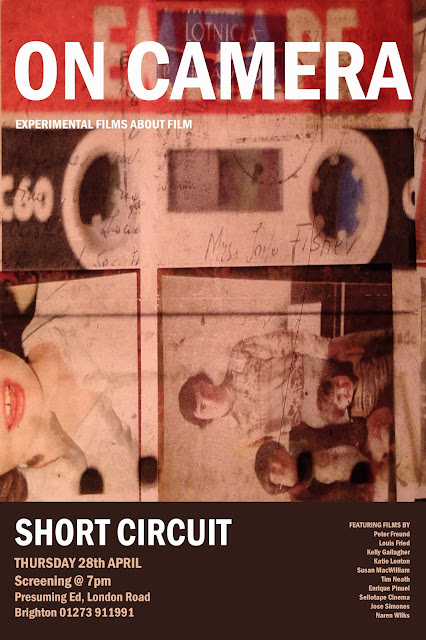 TIM NEATH   Iron Horse of the Studio 11:55 mins
Miniature towns, devoid of life, ever changing in form as the models disintegrate, new ones taking their place acting as film sets to be photographed and filmed.

NAREN WILKS   One Man, Eight Cameras  2:20 mins
A man in a circular room explores a curious phenomenon, in which 8 synchronised versions of himself temporarily form to create a rotationally symmetric, kaleidoscopic world. 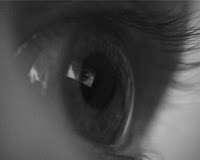 SUSAN MACWILLIAM  After Image  4:33 mins
Delving into the bizarre and the extraordinary, ‘After Image’ explores the myth that the last image seen before death is retained on the retina of the eye. The belief was validated by advancements in photography and scientific experiments carried out in Germany during the 1870s.

KATIE LENTON Our Hamartia 2:44 mins
Needless Creation  to Superfluous Want  to Redundant Waste. This is Our Hamartia.

JOSE SIMOES   96000 cameras   13:46 mins
The most common story going around about this man is the one about the camera in the box. It is said that you can disassemble a Leica camera, put all the parts in a box, shake it, and he will reassemble it for you with his eyes closed. 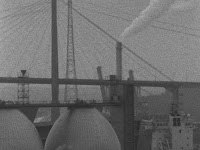 LOUIS FRIED  Postcard to Godzilla  5:32 mins
Dear G., the city is nice, the weather so-so. As soon as it gets a little milder,
the cranes in the harbour start singing their same old song. U would like it.

ENRIQUE PINUEL  Modulations on the Terrace  5:09 mins
Film made with two photographs taken at the Unité d'Habitation, Le Corbusier in Marseille. For the editing the film are used a film adaptation of the rules of the Modular

PETER FREUND   Camp   7:15 mins
Archival projects are best where they decisively fail to re contextualize.